You'll always find the best price on our website. However, if at the time of your booking you find it cheaper on another website, we'll refund the difference.
X Advantages of booking on-line in Hotel Es Port

The history of tennis in Sóller is intimately linked to Hotel Es Port.

In the early 70s, following the popularity and success of great players like Manolo Santana, Andrés Gimeno, and Manolo Orantes, the then-named Hostal Es Port decided to build the first public tennis court in the port of Sóller (1972). It was a hardcourt (asphalt agglomerate) surrounded by a court wall, where many of our guests played their first game of tennis and numerous local tournaments were held.

The success of this new tennis court led to the construction of two new courts during the 80s. These clay courts have since been the venue of big wins by Mallorcan tennis players like Rafa Nadal and Carlos Moyà.

At our hotel you can play tennis in the heart of the Sierra de Tramuntana (declared a World Heritage Site by UNESCO) complete with three tennis courts, changing rooms, cardio machines, spa with heated indoor pool, jacuzzi, steam bath, sauna, footbath, and a range of therapeutic and relaxing massages.

We have 3 tennis courts, one fast and two clay courts. We have racquets and balls (free of charge).

With the tennis court rental, access to the changing rooms, showers and towels is included. 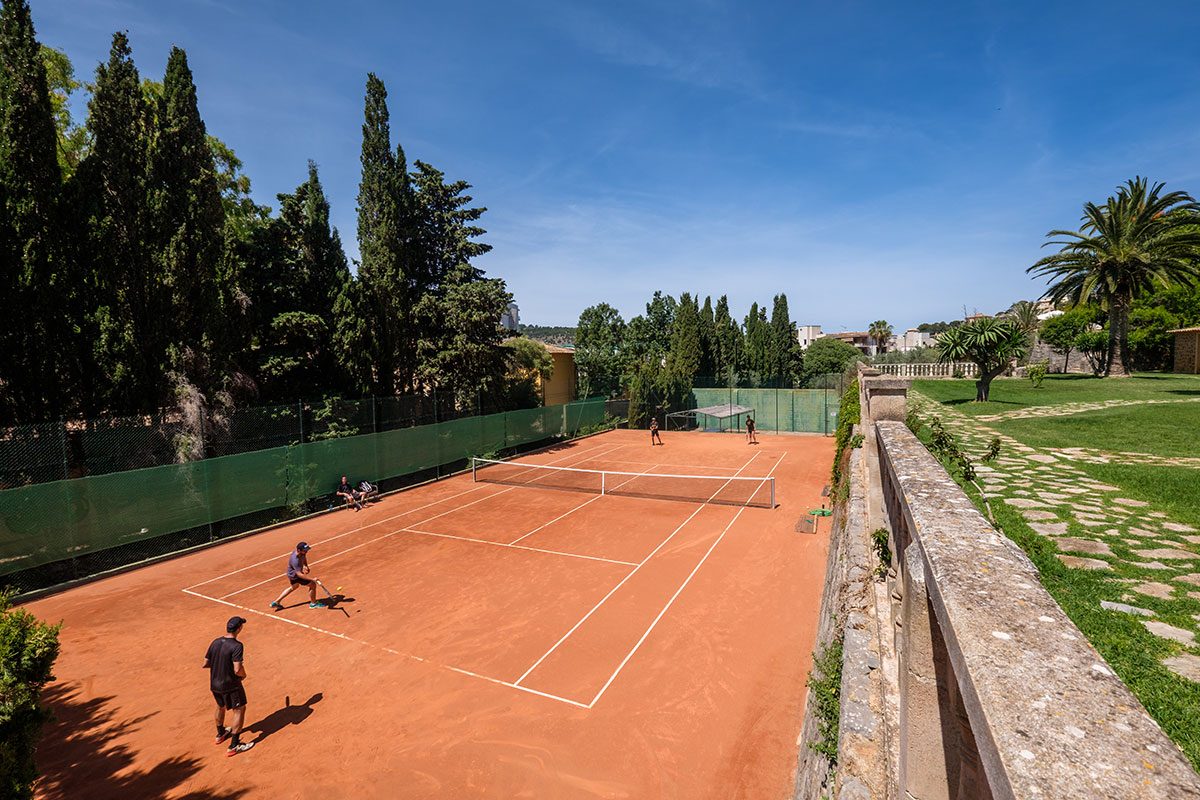 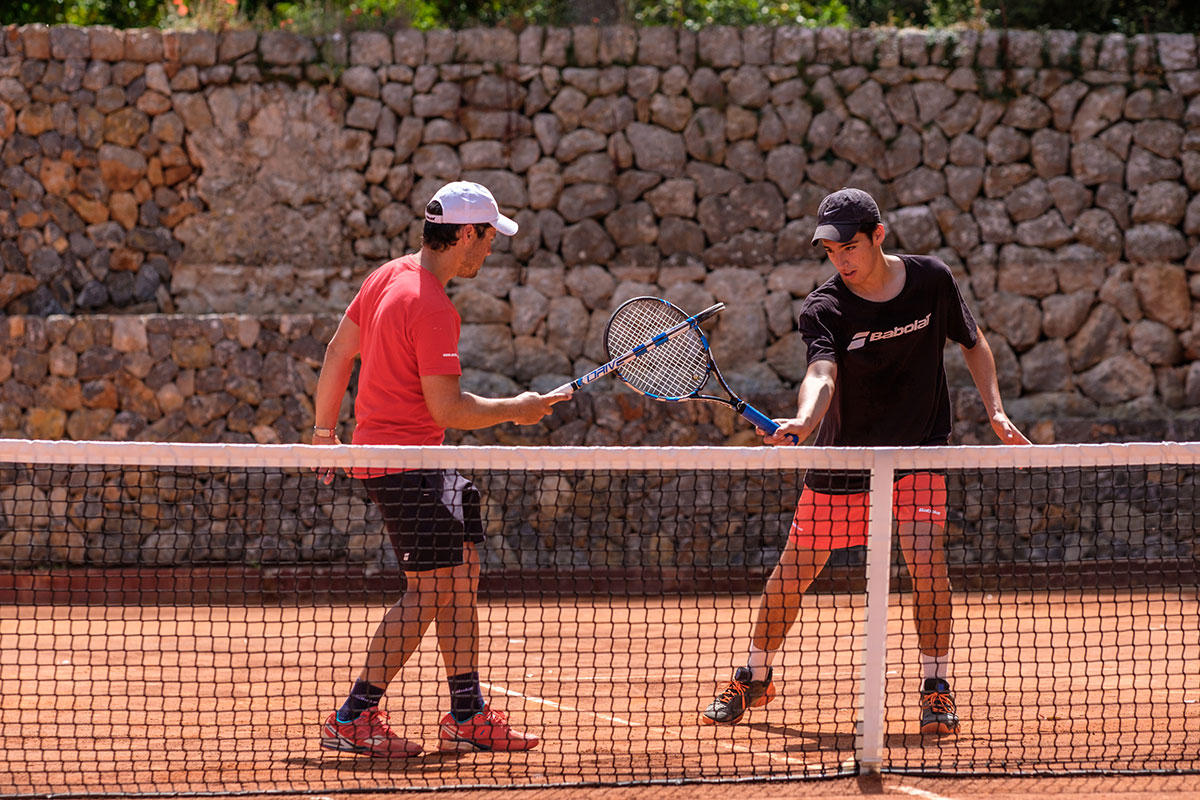 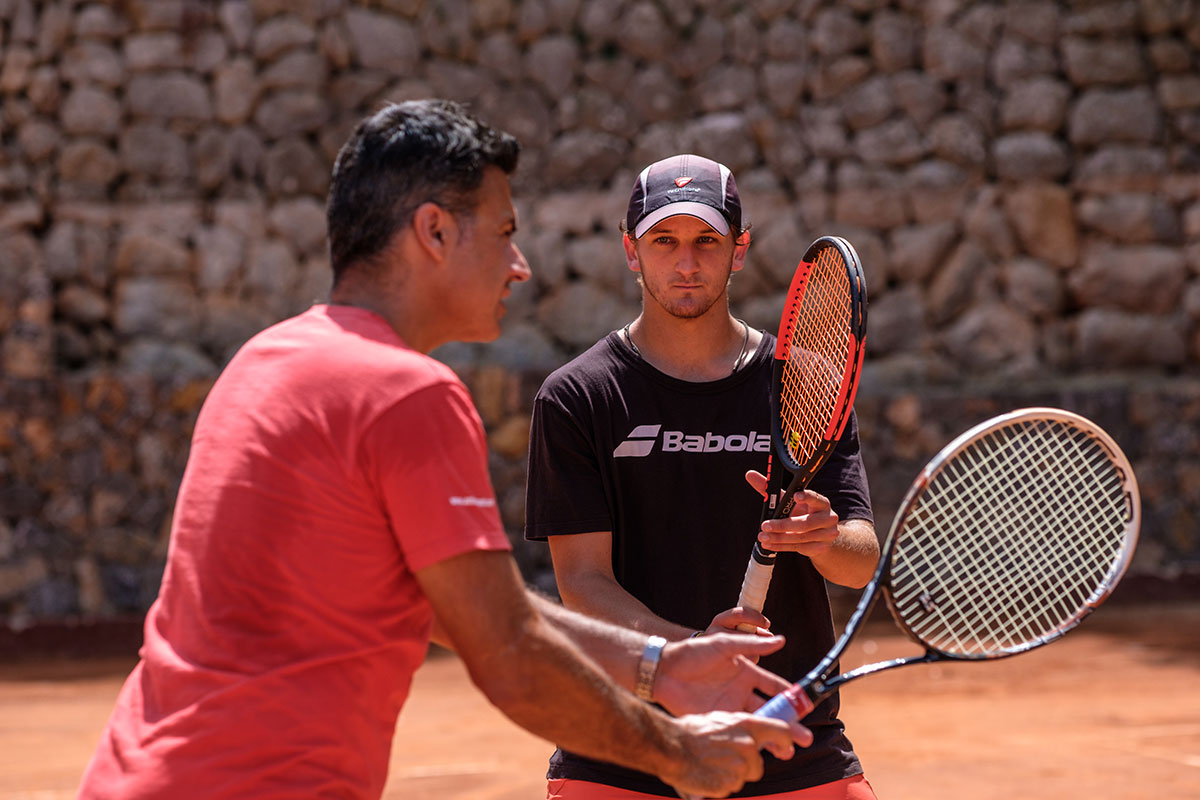 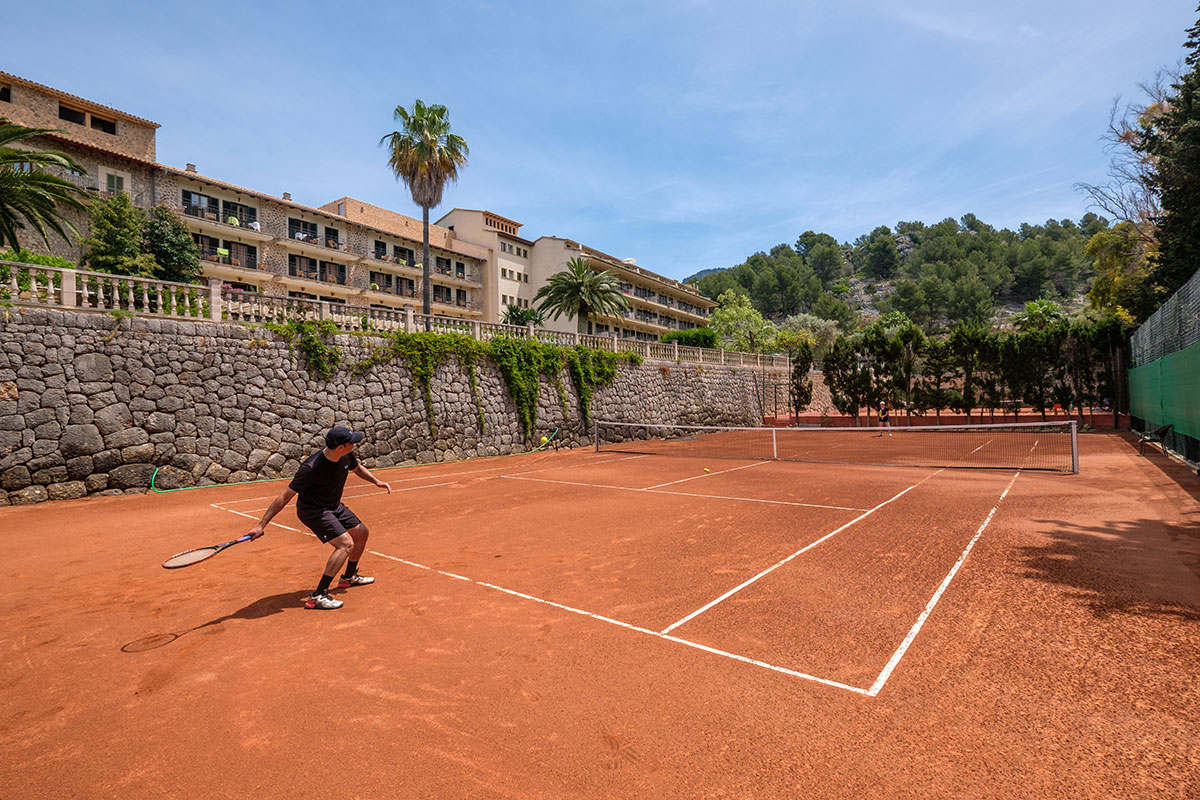 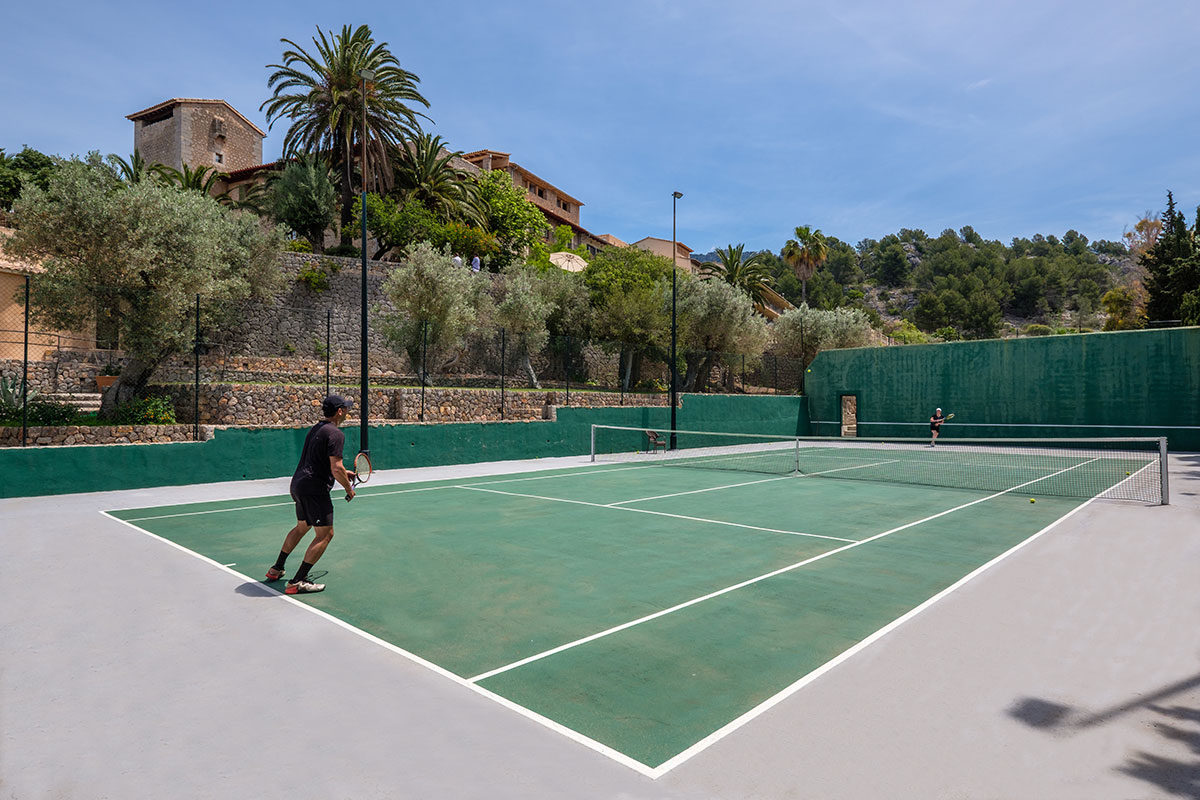